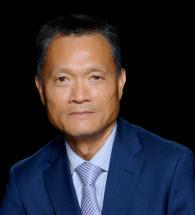 Derek Lim was born and raised in Hong Kong and graduated from the renowned Diocesan’s Boys School. He furthered his studies at University of California, Riverside, majoring in Economics. Passionate to help the immigrant population, the disadvantaged, and the disabled, he attended law school at San Francisco New College of Law.

For many years, he wrote a weekly column on immigration law for the Sing Tao Daily, the largest and most influential Chinese newspaper in the US. He is also featured on various Chinese Radio stations in northern California as an expert on immigration law.

Derek Lim speaks six languages, including English, Cantonese, Mandarin, Chaozhou Dialect, Thai, and Lao. Because of his language proficiency, and his desire to help the immigrant population, Derek Lim focused his practice on immigration law. Over the years he has helped thousands of clients from all around the world obtain U.S. permanent residency and citizenship. Besides immigration law, Derek Lim also specializes in California personal injury law, estate law (drafting wills and trusts) and family law (drafting, review or implementing modifications to prenuptial and post-marital agreements).

Association of Trial Lawyers of America

Listed in Who's Who

Contact Us
Practice Areas
Client Reviews
★★★★★
"My father was hit by a car when he was cross the road close to a grocery parking lot last year. Although he was not seriously injured but he still spent months in hospital. We needed a lawyer to help to deal with the insurance issues. Luckily we found office of Derek Lim for their professional guidance. Christine handled everything professionally and made the whole process easy for us so we can focus on taking care of my father. We are satisfied with their service and results and highly recommend them to anyone who needs an accident lawyer." Yun J.
★★★★★
"Law office of Derek Lim did an excellent job on settling my personal injury case. I look up their ad online and I called their office about my car accident. Mr. Lim came to my home the next day to obtained all the info. They settled my case promptly. I am very pleased with the settlement and highly recommend Law office of Derek Lim." Janice C.
★★★★★
"We had Derek help dealing with a car accident case. Derek and Christine were very responsive. They handle everything with the insurance company and gave clear guidance on all questions that came up. We were very satisfied with the service we received and we highly recommend Derek and Christine if you need help from a professional law office." Yin Yin W.
★★★★★
"We had 2 car accident cases which both handled by Christine at Derek Lim. They are very professional, I highly recommend that you give them a call, they will handle everything with the insurance company and hassle free." Kris L.
★★★★★
"Hi Mr. Lim, I want to spread the good news to you that my brother has obtained the immigration VISA, see attached. Thank you very much for your great assistance and consistent support along the way." Ada T.
View More
Submit a Law Firm Client Review